Dragon Ball Z: Kakarot is an action game that has got many action enthusiasts gamers talking of its perfect nature and animations. With its download being available from several websites, it has achieved great concern from gamers who love combat zones. 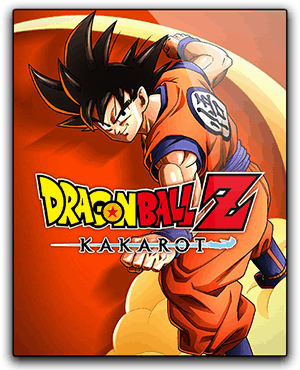 What is the storyline of Dragon Ball Z Kakarot?

For instance, game features several heroes that engage in fights with their enemies to protect planet Earth from attacks. Dragon Ball Z Download was release on 17th January 2020 by Bandai Namco Entertainment and was built by CyberConnect2.

Creator of this game is Akira Toriyama. Here, game is an installation of the Dragon Ball series is an RPG action game. In addition, unlike other games like GTA 4, Dragon Ball Z Kakarot is built on existing tales, make it difficult for the gamer to go past the storyline. However, a gamer can opt to other numerous activities in the game, so will make him or her happier, such as fishing, hunting, and ball collecting, and fighting.

Other better part of it is the freedom of the gamer to choose his preferred fighter. Base on the childhood and adventures of Son Goku! Who engages in training martial arts from his childhood and then tries to find the seven orbs known as the Dragon Ball. After that, is use in the fiction world to command a wish-granting dragon. And this game then later escalates to a higher altitude when Goku becomes a grown-up. In other words, engages in several fights and activities together with his friends are geared to defend Earth in any way.

Goku’s Allies, Rivals and Foes in the Dragon Ball

Throughout the gameplay, you will realize that Goku has a list of allies, rivals, and also enemies. Above all, you can choose any of Goku’s friends as your preferred fighter. Maybe the pictures below will encourage you?

Here is a list of Goku’s friends you will meet:

On the other hand, you will also meet Goku’s rivals, such as:

Here are some of the characters you will have to fight:

Goku’s friends are given different names depending on the part of the world where a gamer hails from. Like for instance, in Japan, they are known as the Z fighters, while in most parts of the world, they are called the Earth’s Special Forces. From that, you can learn that Dragon Ball Z Kakarot has gain popularity with gamers across the continent that dub its fighters with pretty names.
After that, the game characters possess supernatural powers and can do extraordinary tasks as compare to human fights. Therefore, the game will try to sound real at some points by the presence of animals that possess human intellect and emotions. During the game, you will also come across extraterrestrial beings and even feel the presence of deities who control the universe.

Every game has its unique nature. However, some games may have similar concepts. For instance, there are several things that you need to have in place to make progress in Dragon Ball Z: Kakarot Download quickly.
Here are some of the tricks that will hugely impact your game score positively:

Make sure your health restoration items are loaded

Do ingredients bother you? Here is the solution.

Rush and pick any Z-Orb around

One of the mistakes you should not commit is to ignore the presence of any Z-Orb in any area you visit. These Z-Orb are secrets to unlocking new super attacks and skills that are seriously need to improve on your damage capabilities. Similarly, some of the Z-Orb you will come across are in the form of colors such as Green, Blue, and Red.

The exact place you will find the different Z-Orbs are: 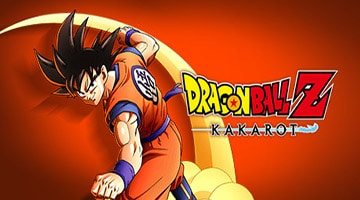 In Dragon Ball Z Kakarot, quests are will always provide the gamer with very many items of help such as ingredients, consumables, and soul emblems. Above all, quests will always be noticed by indications of blue exclamation marks on the world map.

Use your collected Z-Orb to improve your skills and statistics

Unfortunately, most of the gamers usually have no idea if their skills and statistics can be improve. Well, this option is hidden that makes many gamers have very little information regarding it unless they, by luck, stumble upon it while exploring the game. After a massive collection of the Z-Orb, you can now find your way to improve your skills and statistics. In addition, you should know that this action requires a huge number of z-Orb collect to be perform to avoid any disappointment.

Battles involving bosses are some of the battles many gamers are likely to lose. This should not demoralize you. Bosses have a unique way of taking down their attackers. After that, take your time and study the fighting habits of the boss, and you will soon learn about the weak points of the boss. Do not rush in facing the bosses as this will make you have fewer chances of defeating them. Be a master when it comes to blocking and dodging.

Similarly, Dragon Ball Z Kakarot is not that hospitable when it comes to welcoming new gamers. Just with some tutorials to make the new gamer aware of the moves, the gamer will have to develop new tricks and tactics by himself or herself. Take your time to learn how to dodge and block. However, this will help you slow time for your attacker to launch a terrible attack. This will not be compared to a walk in the park since it will need more time and dedication to be a master on this.

Aware of the community board?

The community board can be a source of help if you use it perfectly. In other words, this is also one of the most rate features in Dragon Ball Z Kakarot when it comes to shallowly explain. For instance, many gamers do not understand the community board and its benefits. Through the available soul emblems, you are at a position of unlocking unique characters that will award you bonuses when taken to the community board.

After that, do not expect the rewards to be of great value as they will keep rising over time. The improvement will be observe in terms of cooking, fighting stats, food bonuses, and extra money rewards. Now that you have had the tip of the iceberg about Dragon Ball Z Kakarot, you may have desires to try it out and join millions of gamers. Therefore, you need to know some of the system specifications to run the game software to avoid inconveniences. In conclusion, have a look if you pc meets these qualifications.